Chipotle flavor is wildly popular — in everything from burritos to barbecue sauce — but do you know what it is, exactly?

A chipotle is a fully ripe, smoke-dried jalapeno pepper. (Now you see where that mysteriously rich, sweet and smoky hot — but not too hot — flavor comes from.) It’s not a particular pepper, then, but a method of preparation. In fact, there are several varieties of jalapenos used for chipotles, and the results vary in size, heat, and smokiness. Traditionally, the peppers are harvested at the end of the growing season, when they’re already a bit dry.

They’re placed on grills (wood, bamboo or metal) inside a smoking chamber, while wood smoke penetrates from a nearby firebox for several days. The process — which is still used by some producers today — dates to pre-Aztec Mexico, when the Native Americans of Teotihuacan smoke-dried their capsicum peppers in order to preserve them. (Some modern processors use large, gas dryers and some even use liquid smoke to try to achieve the taste of chipotle.) 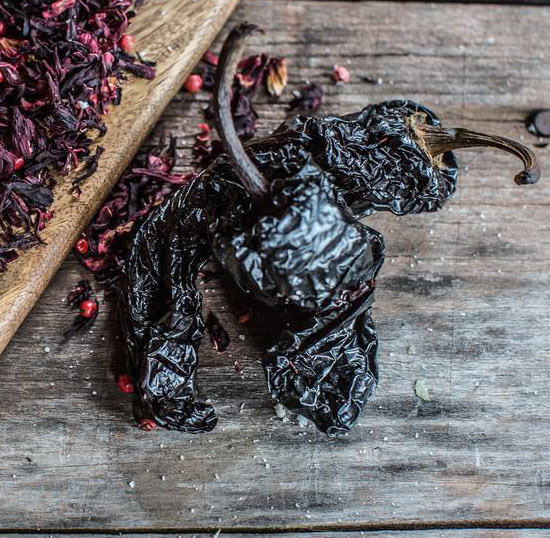 While it’s easier for some of us to put the “l” before the “t” in chipotle, the correct pronunciation is more fun: “chee-poat-lay” or “chi-poht-lay.” The original word probably comes from the Aztec word tzilpoctli; tzilli means “chile,” and poctli means “smoke.”

This is a method of measuring the heat level of chili peppers. It was developed in the early 1900s by pharmacist Wilbur Scoville. An extract made from the chili to be tested is diluted until the hotness is barely detectable, and at that point a heat unit rating is assigned based on the dilution. A sweet pepper would have a zero Scoville heat rating, for example, and a Scotch Bonnet chili pepper would rate between 150,000 and 325,000 units. Chipotle peppers are also given a Scoville heat unit level, which varies, depending on the types of peppers used, but can reach 10,000 to 20,000 HUs.

As you may have guessed, there’s newer technology for achieving heat measurement. It’s called High Pressure Liquid Chromatography, and the results are in ASTA (American Spice Trade Association) units. There’s a conversion system in place to convert the ASTA units to Scoville units, though, since Scoville is the more familiar standard.

Chipotle peppers are typically enjoyed in Mexican, Tex-Mex and Mexican-American cuisine, but you’ll now find them in fusion cooking, too. They’re used to season chili sauce, salsas, soups and stews, slow-cooked meat dishes, and bean dishes. Chipotles are sometimes combined with other peppers to make a chili paste for rubbing on meats or vegetables, and they’re ground and combined with other spices to flavor adobo, a meat marinade. You can purchase chipotle peppers as whole pods, canned, and ground (powdered). Chipotle pepper powder is easy to use and contains all of the sweet/smoky flavor and heat of the whole pepper.

Here are some easy (near-instant!) ways to enliven your foods with chipotle pepper powder:

Use these hearty portobellos to make sandwiches, or slice them to top a salad or grain, or add them to lasagna or another casserole.

3. Place mushroom caps and onion slices in a single layer in a roasting pan. Brush on seasoned oil.

4. Sprinkle with sea salt and black pepper. Roast in oven until browned, about 20 minutes.