"If there is a common denominator in all Indian foods," says renowned Indian chef Madhur Jaffrey, "it is, perhaps, the imaginative use of spices." 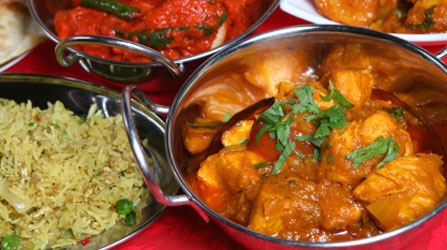 Indian cooks use an array of seasonings — for color, aroma, and flavor — in virtually every dish. The results are always spicy (but not always hot) and always identifiably Indian. It's very common for Indian cooks to begin a recipe by frying whole and ground spices in oil--to intensify the flavor. They also make a paste of spices by grinding them with a small amount of water. You'll find more whole spices in Indian recipes than in other cuisines, though some powders are staples, too.

The Indian cook's favorite spices include:

In some regions of India, buttermilk curries are popular. They're served over rice and with fish. If you don't often have buttermilk on hand, you might consider stocking up on buttermilk powder.