There are thousands of varieties of chilies, and this diversity, combined with their level of ripeness and whether they are used fresh, dried or even smoked, results in a vast array of flavors. Learn about the flavors of four varieties of dried or fresh chili peppers to take your experience beyond a simple incendiary sensation to enjoyment of a complex seasoning.

With their dynamic personalities, chili peppers deliver heat in a variety of sizes, shapes, colors, tastes, aromas, and potency. Universally popular, they're enjoyed for their ability to perk up virtually any dish.

Chilies play an integral role in many recipes, especially certain ethnic dishes. In Mexican cooking, for example, chilies are pretty much a necessity. While known for their spicy heat, chilies can also add mild and subtle flavor to dishes, depending upon the variety chosen. With chilies, possibilities are only limited by your creativity.

If you’re not able to get fresh chilies or aren’t quite sure which ones to use, you can always reach for a chili powder blend. Blends combine the kick of chili pepper with other spices like cumin, oregano, coriander, garlic, allspice, and cloves.

When cooking, keep in mind that the smallest peppers are generally the hottest and that the seeds and stems (the hottest parts of the peppers) are usually removed during preparation. Always wear rubber gloves when handling chilies, as the capsaicin oils that give them their heat can actually burn your skin (or your eyes, when you touch them with your hands).

Enjoy the tropical flavor of this exotically seasoned, refreshing topping, which uses fresh chili peppers and annatto seeds. Known in Mexico as achiote, annatto seeds impart a rich yellow color and mild, distinctive flavor to foods such as rice and sauces.

Chilies are more than just "heat." Each chili has its own unique flavor profile underlying that searing sensation. We often use the words "hot" and "spicy" interchangeably to describe the sensation that comes from eating chilies, but neither term is technically correct. Chilies don't spontaneously generate their own elevated temperature, nor do they exactly resemble the aromatic flavors of traditional spices such as cinnamon, cloves, nutmeg or ginger. The constituent that chilies have in common is called capsaicin, and instead of actually delivering a flavor per se, it produces more of an irritating (but non-toxic) sensation that is best described as "pungent."

So which is hotter, the red or the green chilies? Well, it depends. Green is usually considered a bit hotter, while red is milder but more pungent. Green chilies are more likely than red to vary in their heat content.

Chilies play an integral role in many dishes, and they often star in ethnic recipes. Keep in mind that the type of chili peppers you select will have an impact on your final prepared dish. A milder chili will leave your mouth feeling tingly, whereas the hotter chilies can send you running for relief. People who love hot chilies appreciate the flavor and sensation so much that even the watery eyes, sizzling sinuses and burning tongue don't deter them from seeking the hotter varieties. As a general rule, smaller peppers are hotter than larger peppers, red fresh chilies are two to three times hotter than green, and dried chilies, because they're more concentrated, are anywhere from two to ten times hotter than fresh.

To protect yourself, wear gloves when handling hot peppers! The capsaicin oils that give them their heat can actually burn your skin (or your eyes, when you touch them with your hands).

How Hot is It?

In 1912, chemist Wilbur Scoville came up with an idea (after a particularly spicy Mexican meal, perhaps?) to develop a system that would measure the heat level of chili peppers. In his tests, Scoville blended ground chilies with sugar water. Taste-testers sipped the water to see if it burned their mouths, and, if it did, the solution was further diluted. When the testers said that the burning sensation was no longer detectable, the Scoville Heat Index for that particular variety of chili pepper was assigned. The more water it took to dilute the heat, the higher the heat index. Today a more scientific method, liquid chromatography, is used to determine capsaicin levels, but the results are still converted to Scoville in honor of the scientist who started it all.

For most of us, the ability to actually enjoy hot peppers is a taste that's acquired slowly. As you climb the chili heat scale, you develop a tolerance that allows you to try the next hottest variety. If you find that you've eaten a pepper that's too hot for your taste (if your tongue is hanging out, your hands are fanning your face, and you're inclined to pick up your napkin and lick it, you've definitely crossed the line), there are remedies available. First of all, DON'T run for the water. Capsaicin is an oil, and because oil and water don't mix, drinking water will generally just spread the oil to other parts of your mouth. Milk, on the other hand, will help cut the heat, as will rice or bread, which absorb the oil. Others recommend acidic foods, such as tomato juice, fresh lemon or lime to counteract the heat.

Ancho chilies are dried, ripened poblano peppers. They have sticky texture and a dense amalgam of flavors with hints of raisin, prune and cured vanilla bean. A neutral, white meat such as chicken is the perfect entree to dress with a mole sauce featuring the complex, dense and subtly smoldering pungency of ancho chilies. 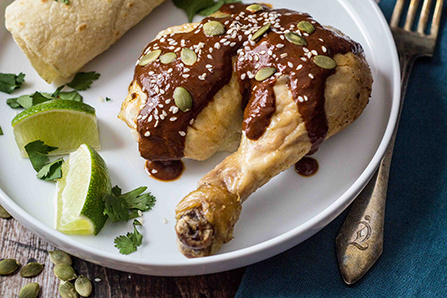 Small, bright red birdseye chilies are close to the original wild chilies that were developed to give us all of the varieties we have today. Birdseyes have a bright, sharply piercing heat, just the flavor needed to cut through the richness of slow cooked pulled pork. 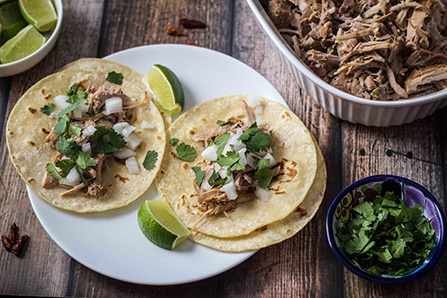 Black, wrinkly chipotles are ripened jalapenos that have been dried and smoked. They are most often used to add a charred, barbecue flavor to meats and sauces, but also try them as a way to boost the flavor of refried beans with a richer, more satisfying depth.

The searing heat of orange-to-red habanero chilies is balanced with a tropical, fruity nuance unique to this pepper. It pairs beautifully with fish and shellfish of any sort and is an especially nice — and unexpected — way to reinvent salmon. 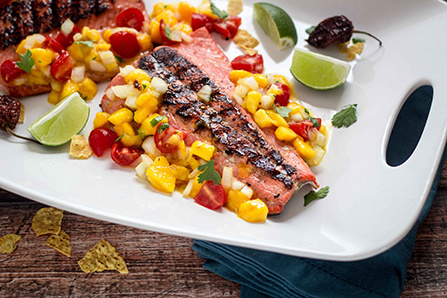 Most familiar as the variety of pepper used in the popular dish Chile relleno, the poblano originates in the state of Puebla, Mexico. When dried it's called an ancho chile. Even though poblanos are known for their mild flavor, every now and then a poblano can pack some punch.